The actual size of Africa - have you seen this? 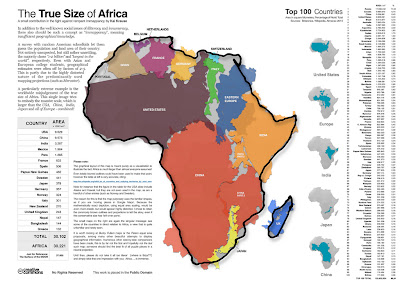 Or more to the point have your KIDS seen this? It shows that you could fit the whole USA, China, India, Spain, France, Germany, the UK, Italy, Switzerland, Japan, and Eastern Europe, inside of Africa and still have some room left. My kids were fascinated by this map, we got out the globe and we all got into it! It's something so simple but teaches them a lot about the world. It's because flat maps distort the size of countries (the closer they are to the poles, the more distorted they are), most people don't really know just how big the African continent is.

We are all interconnected - Africa matters a lot because of the number of people who live there (about 1 billion as of 2005), but also because of the number of indigenous animal and plant species, because of the vast expanses of land that aren't being protected, because of the huge ecosystems that are uniquely found there, because of the impact that it can have on the global climate (especially deforestation and desertification), because of all the solar power potential and other natural resources, etc. It is one of the key regions that needs to improve on many levels for the welfare of its people and to safeguard the integrity of our planet's life-support systems.
(text via tree hugger - Michael Graham Richard, Ottawa, Canada)

Here are some more astonishing facts:


This wonderful map came to me through Treehugger.


see the full story on Treehugger here
higher resolution of map can be downloaded here
Posted by nonchalant mom at 12:03 PM 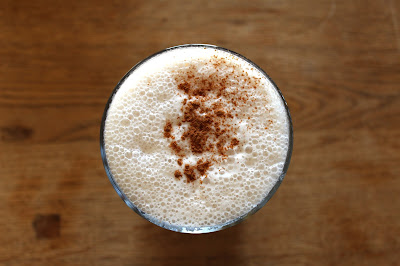